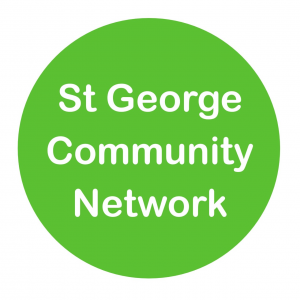 We had a good turn-out with around 25 people in St George Library for our latest Networking Meeting.

The meeting came the day after Bristol’s Mayor, Marvin Rees, had announced that St George Library along with the 26 others in the City would be remaining open. These proposals are to be discussed by Cabinet on Tuesday 3rd July.

Cllr Asher Craig spoke about this and the need for communty involvement in considering the long-term future of the building at the meeting.

Cllr Craig also confirmed that it is intended to install a temporary toilet in St George Park near the café kiosk and play area in time for the summer school holidays.

We then discussed further the options for the various projects that have been sugested and in particular those around St George Parks, more details of these can be seen on our Projects page which has been update following the meeting.

We are still aiming to set up a Community Planning Group to drive the process forward, please email network@stgeorgecommunity.org.uk if you would like to get involved.

The meeting also formed the AGM of the St George Community Network, Rob Acton-Campbell was re-elected as Chair and all of last year’s working group agreed to continue and were also re-elected. In addition Maria Needs and Pam Wade agreed to join the Working Group.

One piece of news that we were able to pass on was that St George Community Fair (postponed in March when the ‘Beast from the East’ hit us), will now be held at St Aidan’s Church and Hall on Saturday 6th October (11.00 – 2.00). Also don’t forget that Redfest is back in St George Park this year on Saturday 4th August – redfestbristol.co.uk.

Please do check out our Community Page for details of groups and organisations working in the St George area and let us know of anything that should be added or updated.